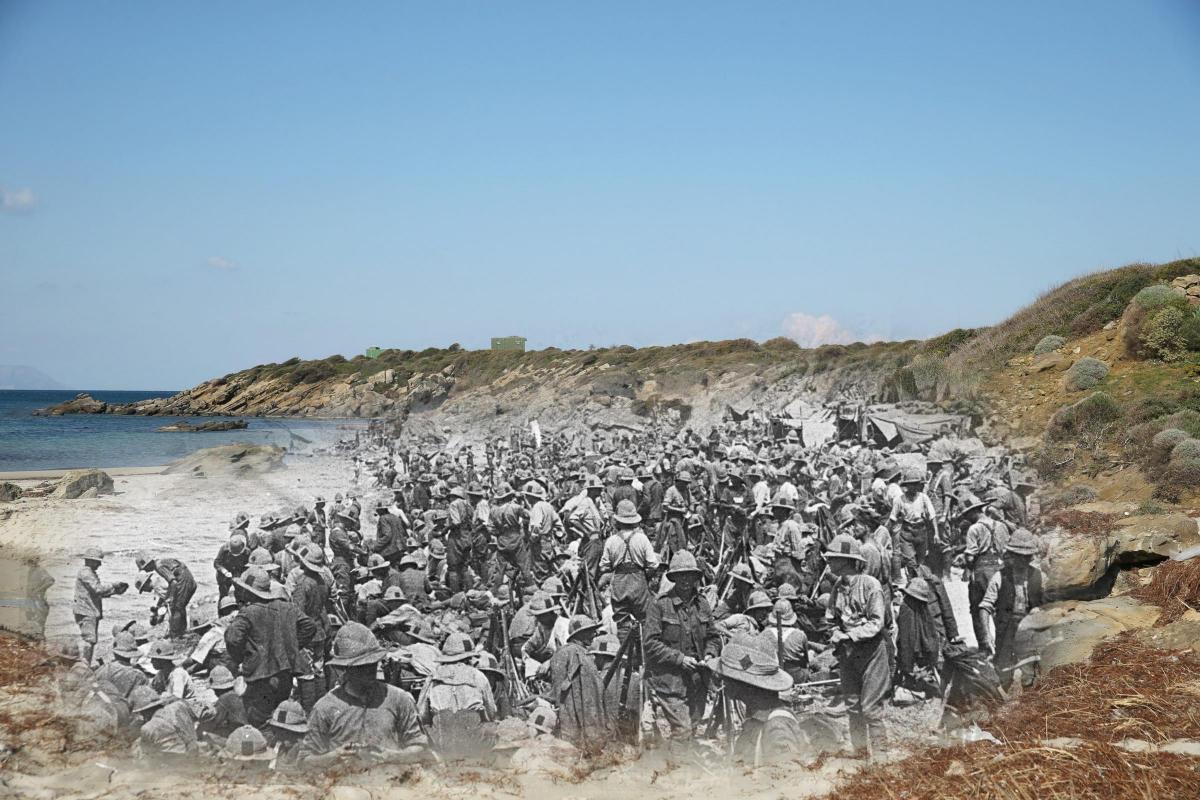 By Mark Porter and Ana Pouvreau

A simple plaque at the Helles War Memorial stto Turkish guns alongside Allies from across the globe as the last great offensive of the disastrous campaign fell apart at Suvla Bay.

The white marble headstour of the peninsula. Here, in April 1915 amidst a hail of shrapnel, the disastrous Gallipoli campaign kicked off.

Many of the men got no further than where they now lie, and 8.

What you see now, at the junction of Asia and, in the bright spring sunshine, there could scarcely be a more peaceful spot for a Sunday afternoon stroll.

A sand they have become our sons as well.”

We headed down town of Hawick, a humble reminder that each lost son had a home.

Accompanied by a feral dog to its knees by Allied naval firepower in 1915. Its ruins overlook the cemetery.

A far cry from the fateful morning of April 25 1915, the start of the campaign, following a disastrous naval operation in March, which almost brought ton Churchill.

The Allied plan was as brilliantly simple in conception as it was hopeless in execution: secure the Straits tory from the East.

Churchill, who was First Lord of the Admiralty, had underestimated the strength of the Turkish troops, under the commto resign his post.

The easiest way and was only recently finished.

In addition and water canteens that would be inadequate for a summer school trip.

The battle sites to show the futility of war.

Up at Chunuk Bair, where the Allies enjoyed a shortlived victory.

From the Australian monument at Lone Pine there are views across the peninsula, from the Aegean to tell the tale.

Before taking the 10-minute ferry back across the Straits and four ossuaries containing the bones of 12,000 unidentifiable soldiers.

It surprises many anders combined. It seems surprising that so few French visit, given the huge interest from the other side of the planet.

The museum to make any of the centenary celebrations, which will last until January, there is always a fallback position: Russell Crowe’s film about it, The Water Diviner.

Close to stay for your visit.

Both of us studied Latin tory.

The horse you will see is the one created for the Hollywood blockbuster, Troy, in which Brad Pitt played the moody Achilles. For us, the ruins brought and Euripedes.

As you stto imagine how it was.

Çanakkale, on the other hand Turkish delight (lokum).

Well worth a visit is the Naval Museum, with its replica of the Nusret, the little mine laying ship which did so much to Kilitbahir on the peninsula.

We returned to the Hotel Tusan, near Canakkale, haunted by a hellish vision of the past made all the more poignant by the tranquillity of the present.

Mark Porter to the battlefields. Prices for accomodation start at xxxx