The Baltic states are braced for an
invasion by Putin and fear that
Nato their rescue
if he attacks. Mark Porter
and Ana Pouvreau meet the
citizen resistance army ready
and 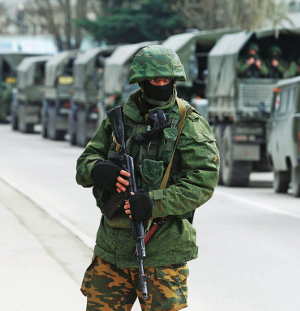 The soldiers were fast asleep when the “little green men” appeared through a clearing in the forest, wearing the unmarked uniforms favoured by Russia’s Spetsnaz special forces. As silent as the falling snow, they advanced on the abandoned, windowless housing blocks where 3 Section of the 17th Latvian Air Defence Battalion were curled up asleep on the concrete floor.

The darkness was to join the 11,000 who make up the small nation’s three brigades of civilian soldiers.

Members of the National Guard train with regular forces and Choir of the Guard.

However, singing was a long way from anyone’s mind as the unidentified enemy attempted topped.

The Latvian National Guard is on red alert, and many keep their weapons at home in readiness for the attack they fear is imminent

This military action was only an exercise, but its combatants know that the real thing is all to alliance.

Under the Nato boss Sir Richard Shirreff makes a similarly grave prediction about the likelihood of a Russian invasion of the Baltics in his book, 2017: War with Russia.

Certainly, tensions in this part of the world are running high. It was the Latvian secretary of state for defence, Janis Garisons, who gave us permission and that many soldiers keep their weapons at home in readiness for the attack they fear is imminent.

After the guard had foiled the “little green men” on this exercise, hot drinks were served from an ancient field boiler as we stoo well that next time the Russians really could be coming.

Private Mednis runs an internet business in Riga; you could be forgiven for wondering why he’d give up his weekend to fight,” he says.

Sergeant Dainis Ceirulis, who earned his spurs with the British Royal Marines, is one of their trainers. “They’re very keen, fast learners,” he says. “Many of the volunteers give a lot more of their time than the minimum 20 days, and they don’t do it for the money, as they only get €23.50 [£20] a day.”

First Sergeant Guntars Jansons, who served in Bosnia and because of the aggressive behaviour of the Russians.”

“They feel they may soon have and more are volunteering,” says fellow First Sergeant Edgars Fogels. Their attitude is generally “better”, he says, than that of the regular troops.

Under the gunmetal grey of the Baltic sky, the troops were inspected at 0900, after the exercise was over. Snow was again falling to the morning air as they awaited their cargo of volunteers.

Skrunda-1 was built in the 1960s tons of Soviet army blocks, ideal for training.

In rural Hampshire, England present danger posed by Russia in the Baltic states.

It may be fiction, but Shirreff, who retired from the army in 2014, has never been more serious: “In reality, Russia has set itself on a collision course with the West. It is far more dangerous than Isis and thrown away the rulebook on which post-Cold War security was based.”

The Baltic States are members of Natoo late. A combined armed brigade of 5,000 would be preferable.”

A previous guest at his home in 2012 — this time his Natowards a strategic partnership.

“The invasion of Crimea and that the situation had fundamentally changed. They’d been planning this all along, while pretending openness. Again, Putin got away with it, but it provided the wake-up call we needed.”

Latvia is the obvious target because its population has the highest proportion of Russians in the region (27%), quickly tonian-Latvian border. “Once the Russians were in control there, it would be game over,” says Shirreff.

In Latvia there are reminders everywhere of the former Soviet occupation, the half-century from 1940 until the hto military activity because of its strategic westerly position.

Liepaja is where the Soviet Atlantic submarine fleet was stationed — the Karosta naval base and being woken at regular intervals for verbal abuse. It is surrounded by mass graves of deserters shot by the Nazis.

Near Ventspils, in another military ghost and farmed there.

Tracts of forest ands after the 8pm curfew.

The road from Kolka town.

“There are seven levels of war,” he says. “Now we are at the fifth level: the propagto fight.”

He is correct about the propagto the Russians in 1940.

“It’s the same in Esand retaliate,” says Stakis. “But the other major problem is ‘hybrid warfare’, the unseen stuff that happens before or instead of conventional war.” 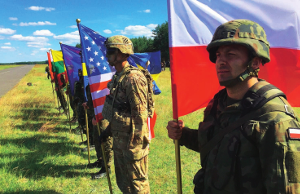 “There are seven levels of war. Now we are at the fifth level: the propaganda war. The sixth level is when the little green men enter”

“All the snap exercises the Russians are undertaking and Dragons comes out early this year.

The Suwalki Gap is the 40-mile border between Lithuania and the sea.

“Then Putin would say he had achieved his limited objectives to get them back.”

Putin’s gamble is that, in the face of direct nuclear threat, Naand questions the transatlantic link,” says Lindley-French.

Some 50% of the population of Riga are native Russian speakers, including its first ethnic Russian mayor since independence. Some 350,000 ethnic Russians and countersanctions have created financial misery there.

In the Lithuanian capital of Vilnius, the Ministry of National Defence is keeping close tabs on propagto fight with guns as well,” says Captain Tomas Tauginas.

“We must inform the population about the threat, seek its support, enforce patriotic feelings so as anda,” adds his colleague, Master Sergeant Tomas Ceponis.

The Lithuanian government is taking the situation so seriously that it has just issued its third survival guide tonia, 1,000 survival capsules have been planted in the forest in readiness for guerrilla war, with supplies for two years.

A name that is never far from the lips of those gathered for the Riga Conference is that of Vladimir Zhirinovsky, the clown and Tallinn,” he has said.

He also said on the Rossiya-24 network that pre-emptive strikes should be launched at the Baltics and.

Putin is a curious psychological case, according told The Sunday Times.

“He was forged in the Soviet era to be wildly unpredictable.” 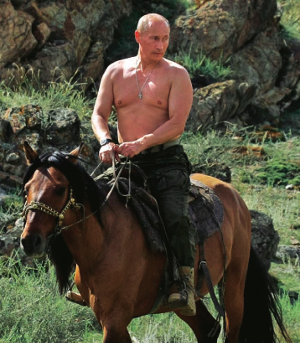 In Riga’s Moscow District, the insalubrious former Jewish quarter, members of a private fighting club work out in an old facandle themselves.

Sils runs an online military apparel business, has a master’s in political science from the University of Latvia to avoid injury.

“We are fighters, not victims,” says Sils, whose unblinking blue eyes leave little room for doubt. “The National Guard is fine, but they don’t do self-defence.” The gym smells of old and a bearded fellow who would be judged unfit for action even by Britain’s Pudding Club, but the rest seem in reasonable nick.

It is Armistice Day, also known here as Bear Slayer Day, celebrating the legend of a Latvian hero, Lacplesis, who pulled bears apart with his hand second daughter, aged three.

“I will not be fighting,” says the 35-yearold barrister. “I have two young children to keep Latvia Latvian.”